I Attended My First DrupalCon

A day-by-day play on anything and everything I experienced - and, yes, I met a llama 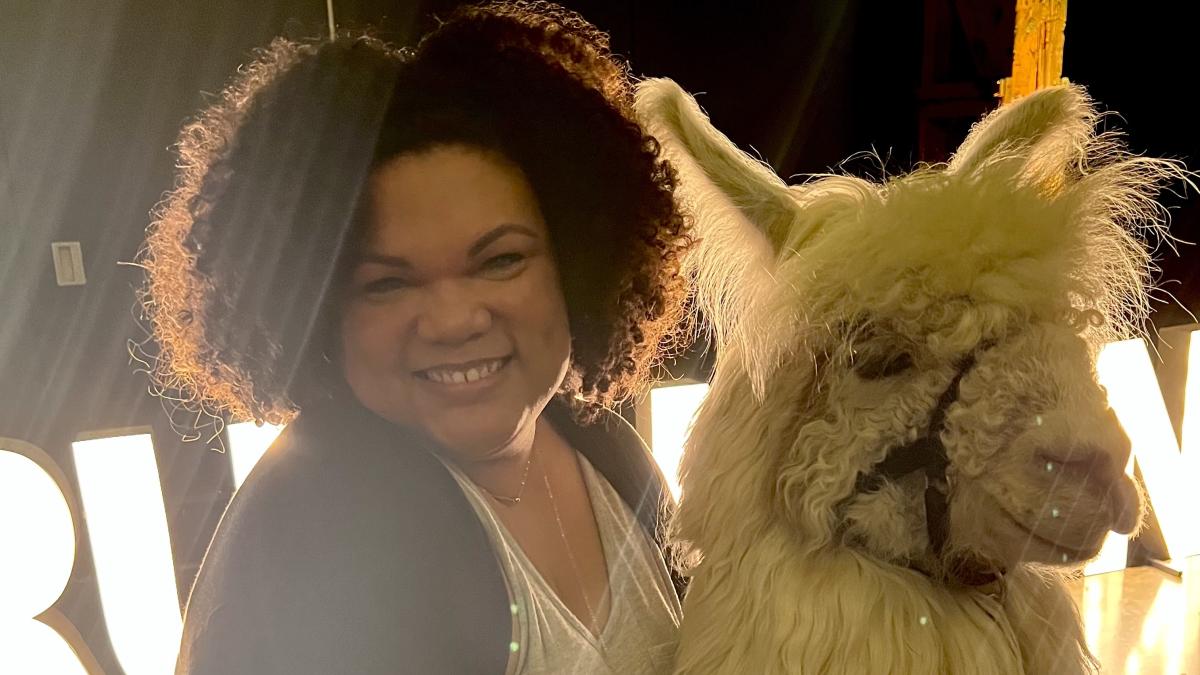 I was really excited to attend DrupalCon for the first time. I’ve been with Palantir.net for about a year, all the while being told about the greatness that is the Drupal community, and I couldn’t wait to experience it myself.

When Omicron burst on the scene in early 2022, we all took some time to reevaluate the risks it presented. But since I was fully vaccinated and knew I’d be boosted by then, I decided to carry on and attend - along with a smaller than usual band of Palantiri who decided the same.

But it felt like the hits kept coming. Next, we were made aware that attendance, understandably, was way down from years prior. Would DrupalCon even be what everyone remembered? Would this famously tight-knit community be another casualty of COVID-19? Deciding to be all in, I was determined to find out.

We prepared and prepared and, before I knew it, I was taking the longest flight I’d taken in over two years. I traveled a lot before COVID, but this four hour flight was my near undoing. Add to that a little sinusitis and by the time I reached the hotel Sunday night, I was spent.

Monday was booth set up day. It went pretty well for Rachel and I, who were both DrupalCon newbies, but once our CEO and Founder George arrived that afternoon we were really in business. A seasoned DrupalCon vet with 24 conferences under his belt, he got us in shape and it was off to the races.

We were immediately approached by many curious and extremely friendly attendees and had some really great conversations. For me, the most notable surprise was that no one felt like a stranger - not even those I had just met for the first time. It was as if we were all old friends checking in on each other. Instead of, “who are you and what do you do?” it felt like “Hey friend, what are you up to these days?”

I immediately felt right at home in this zany crowd and I was excited to see what the rest of the week had in store.

Still battling my sinuses but having gotten a full night's rest, I woke up bright and early ready to tackle the day.

My first regret: I was very much looking forward to attending the day’s keynote, “How to combat global systems of oppression in the tech industry,” but I was feeling a bit anxious about not being present in the booth, so I decided to skip it and will be sure to catch the video - I learn best when I can rewind anyway. The morning was still bustling as we met new and greeted old friends, but I was really grateful that the conference attendance was down - I started joking that DrupalCon knew it was my first year and was kind enough to ease me in.

That night the partner events kicked off. I had to rally a bit after a long day, but I’m so glad I did because I got to know my coworkers in person. COVID really made me forget what it’s like to meet new people and to connect with those I see over a screen every day on a more personal level. I started seeing myself as somewhat of an introvert, and this reminded me that I am mostly not. It was incredible to network in a way that felt authentic; I hadn’t realized how much I’d missed it.

I completely forgot about the time difference and had a class at 6:25 am (the class is amazing, but that’s a blog for another time).

I was exhausted, but something about the air in Portland sent my sinuses back to their regularly scheduled programming, and I was feeling pretty good otherwise. Wednesday was a bit more chill in the conference hall, and it gave me the opportunity to have longer and more in-depth conversations with those who stopped by our booth to say hello.

The Women in Drupal Luncheon was exceptional. I think most women were aware that the conference was predominantly male, but sitting in a room with only women felt revolutionary. The speaker, Jackie Wirz, was phenomenal and her presentation left me feeling empowered and inspired to embrace myself in a world that tells me not to.

She spoke about suffering from mostly invisible mental- and health-related disabilities and the effects her own have had on her personal and professional life. When the subsequent conversation turned towards the intersectionality of feminism and Diversity, Equity, and Inclusion (DEI) in the tech industry, she didn’t shy away. These are difficult topics that she and all of the women in the room handled with both grace and care. Being a minority woman in any field can be isolating but this room felt like the start of something. I felt so, so honored to be there.

We had our team dinner and some more partner events that night. I played some arcade games with the crew, saw some fire throwers (I see you, Portland!), and met a pretty cool guy named Caesar the No Drama Llama. 10 out of 10 would recommend.

Thursday was the last day and you could tell, because everyone was exhausted.

I highly recommend watching the recording of “Inequity and isolation: inclusive practices for remote teams”. I am into all things inclusivity and believe that it’s incredibly important to widen the lens through which we see the world. Again, this is hard work. It requires self awareness, a desire for change that exceeds our desire for comfort, and perhaps most importantly, stamina.

I finally took some time to go around to all of the booths, meet people I hadn’t yet, and grab some swag. I made sure to connect with some new friends on LinkedIn (I have a few more to get to). The conference ended early on the last day and, quite accidentally, my coworkers and I (and later my husband) ended up on the roof of our hotel for six hours. After many laughs and taking in a gorgeous view, we ended the night with a pizza party in the lobby.

So, what did I think?

I went into this trip prepared to do right by Palantir.net. I wanted to create connections and maybe do some recruiting. I expected to have my “sales smile” on all week and be exhausted every night. And this was partially true. I did some of my sales shpiels and spoke to anyone who’d listen about what sets Palantir.net apart.

But I also made genuine connections, had genuine conversations, and learned maybe the best lesson of all: DrupalCon is a tech conference, but more than that, it’s a community of warm and fantastic people. We root for each other, we’re friends that know there’s enough work for us all, and maybe best of all we are a darn good time.

All in all, I had a particularly spectacular time at my first DrupalCon. I learned a ton, met awesome people, and got the chance to connect with my coworkers outside of work or Zoom. I went into the week of the conference with a healthy dose of skepticism, but went into the following weekend with a very full heart.

See you next year, DrupalCon! It was fun.

Photo by Britany Acre featuring Caesar the No Drama Llama