The Lowdown on DrupalCon Baltimore

Our favorite parts of DrupalCon Baltimore. 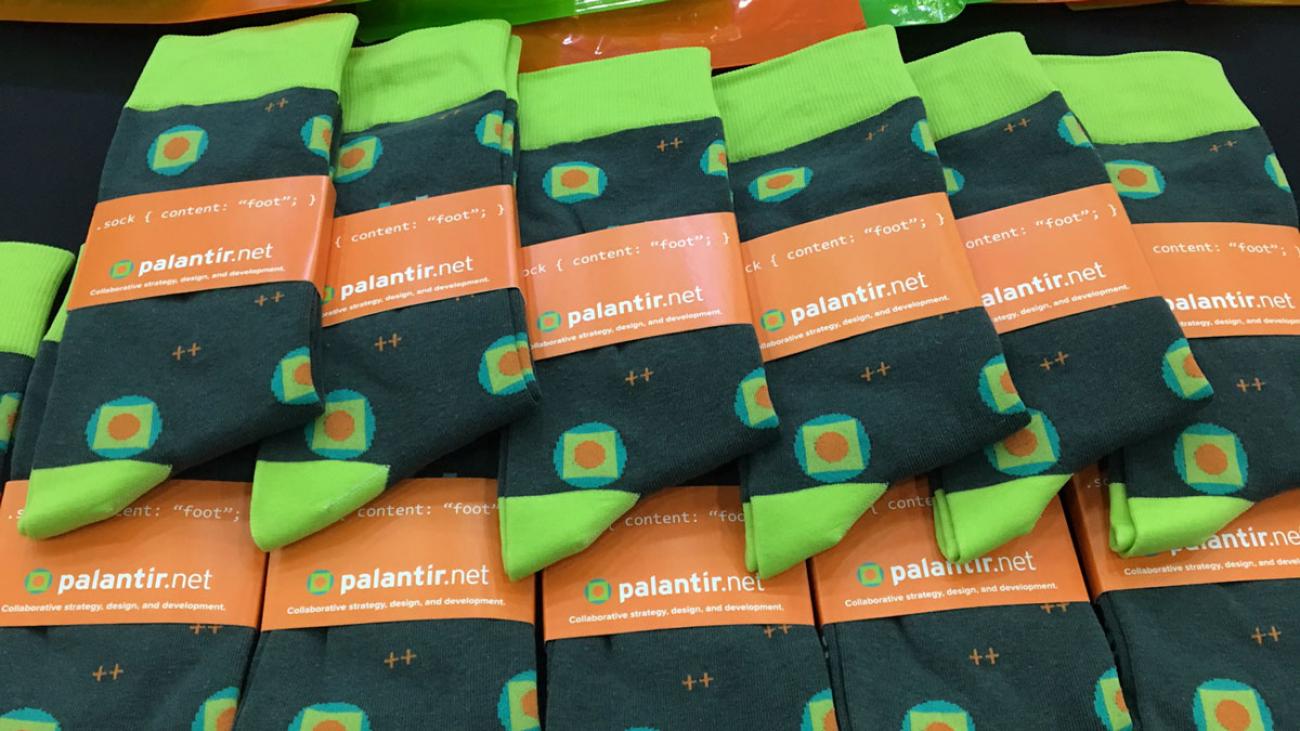 DrupalCon is always a positive experience for the Palantir team, largely because of the Drupal community itself. Our week in Baltimore was filled with engaged conversations, thoughtful sessions, and much appreciated down time with friends we don’t get to see often enough.

DrupalCon by the Numbers

“It was a wonderful first DrupalCon experience because of a great community that is so supportive and accepting of newcomers, regardless of their level of Drupal knowledge.” - Annie Schow

Monday: We ate all the crabs.
Following the opening reception in the exhibit hall, we ate dinner as a team at Riptide by the Bay In historic Fells Point. An impressive amount of crabs were consumed. 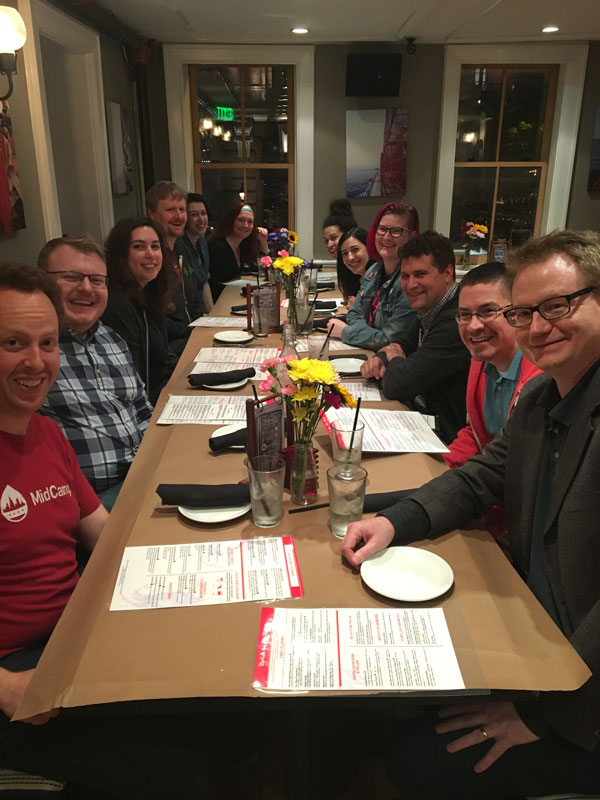 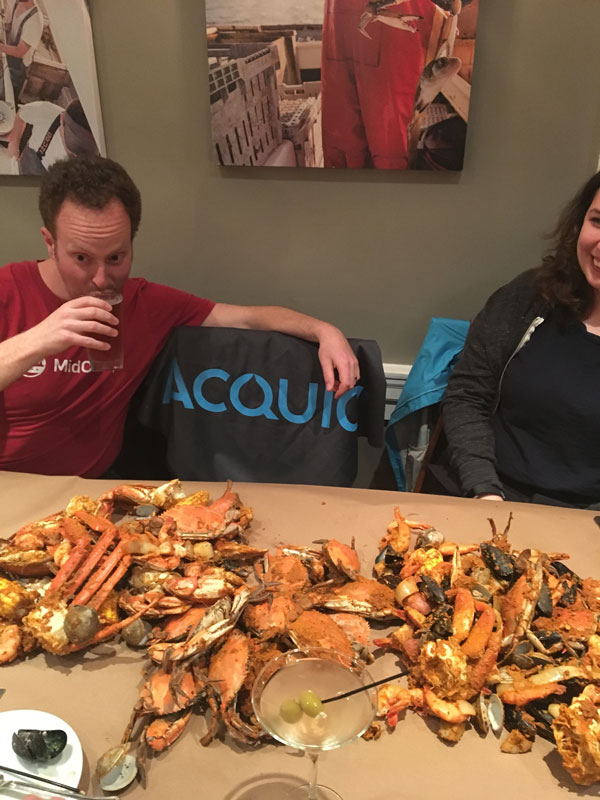 Tuesday: #PMTheMusical!
We witnessed another standing ovation for Joe Allen-Black and Allison Manley and their performance of Project Management: The Musical! There were quite a few crowd favorites, and Joe and Allison were both happy to share their final performance of this presentation in front of an energetic DrupalCon crowd. 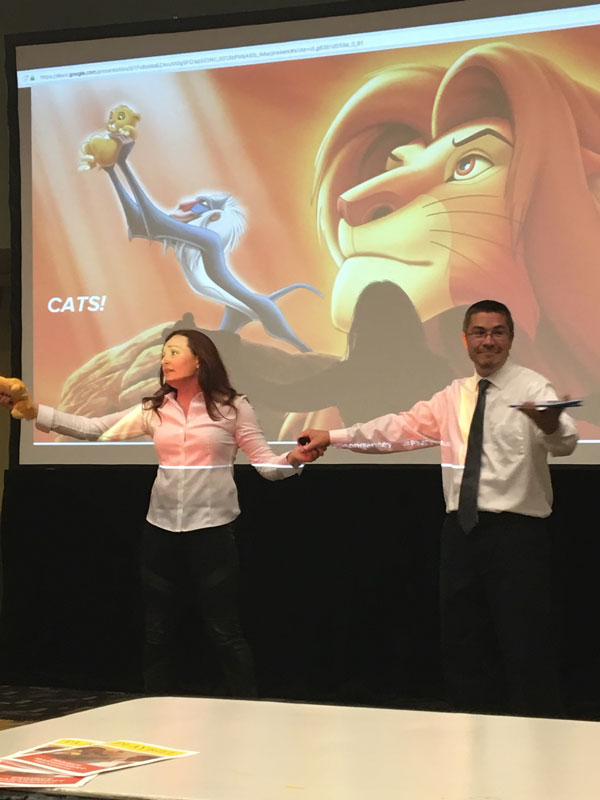 Wednesday: Inclusion Initiative
We partnered with another Chicago-based agency, Digital Bridge, to coordinate a Drupal training session for five students local to Baltimore who were unfamiliar with Drupal. We’re looking forward to expanding the program in the future. Keep an eye out for more details on that later this month! 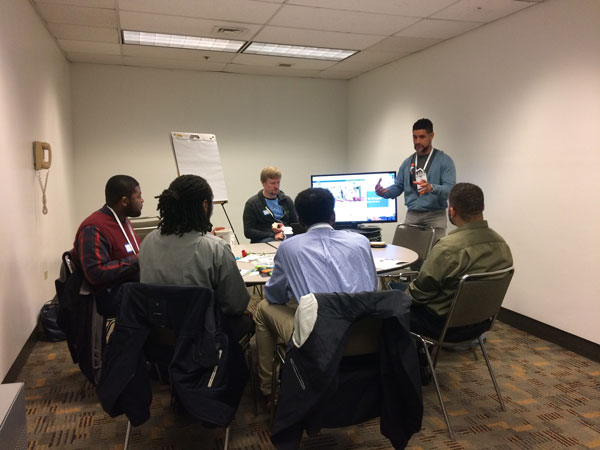 Thursday: #ContentBeforeCode, #DevTeamCollab and Trivia Night
If you missed them at MidCamp, Megh Plunkett, Michelle Jackson, and Bec White did round two of their sessions on Thursday (recordings linked above). Michelle and Bec’s session will also be available via a webinar later this summer, so stay tuned for your chance to sign up in case you missed it at DrupalCon.

Palantir also hosted Trivia Night at Baltimore Soundstage. We’re not sure the wait staff knew what was happening as over 400 people were tasked with answering some fairly obtuse and nerdy questions about this mysterious Drupal thing, but they kept everyone hydrated so we could enjoy the fun. Jeff Eaton killed yet again as the emcee for the evening. 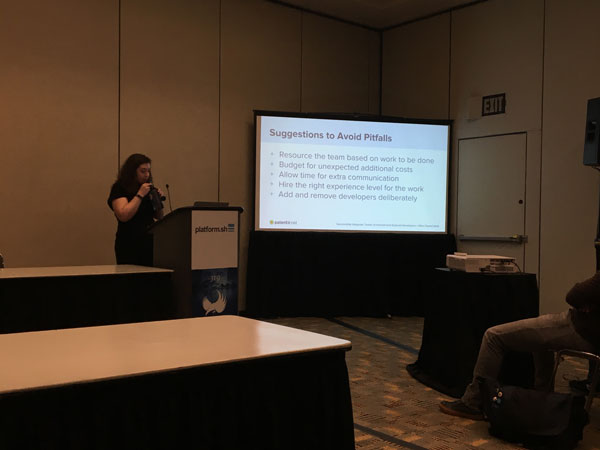 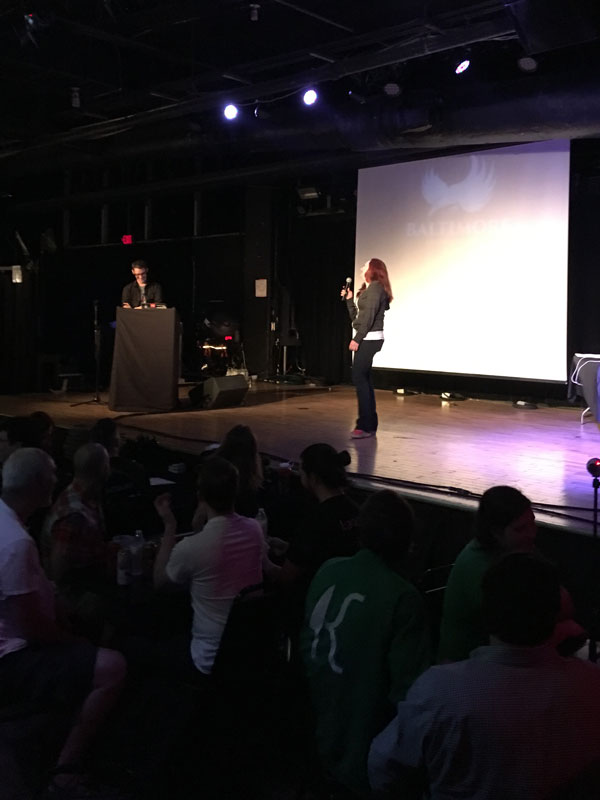 Friday: Exploring Baltimore
As people shuffled to the airport, a few Palantiri were able to squeeze in a last minute trip to the Baltimore National Aquarium. Thankfully not one Palantir was lost to sharks. 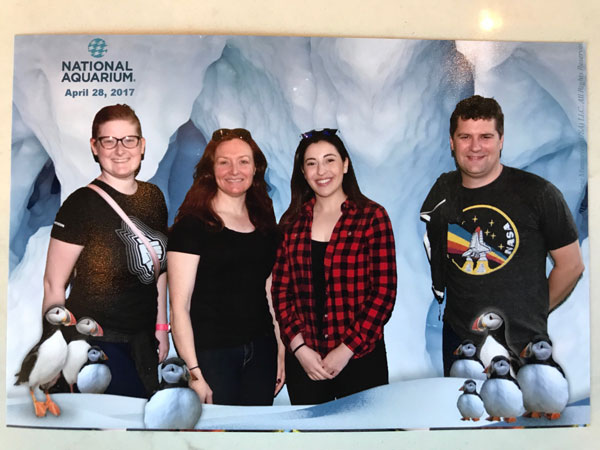 Thanks for a great week Baltimore. We’ll see you next time, DrupalCon!