How we piloted the concept of self-organizing teams during our annual retreat this May. 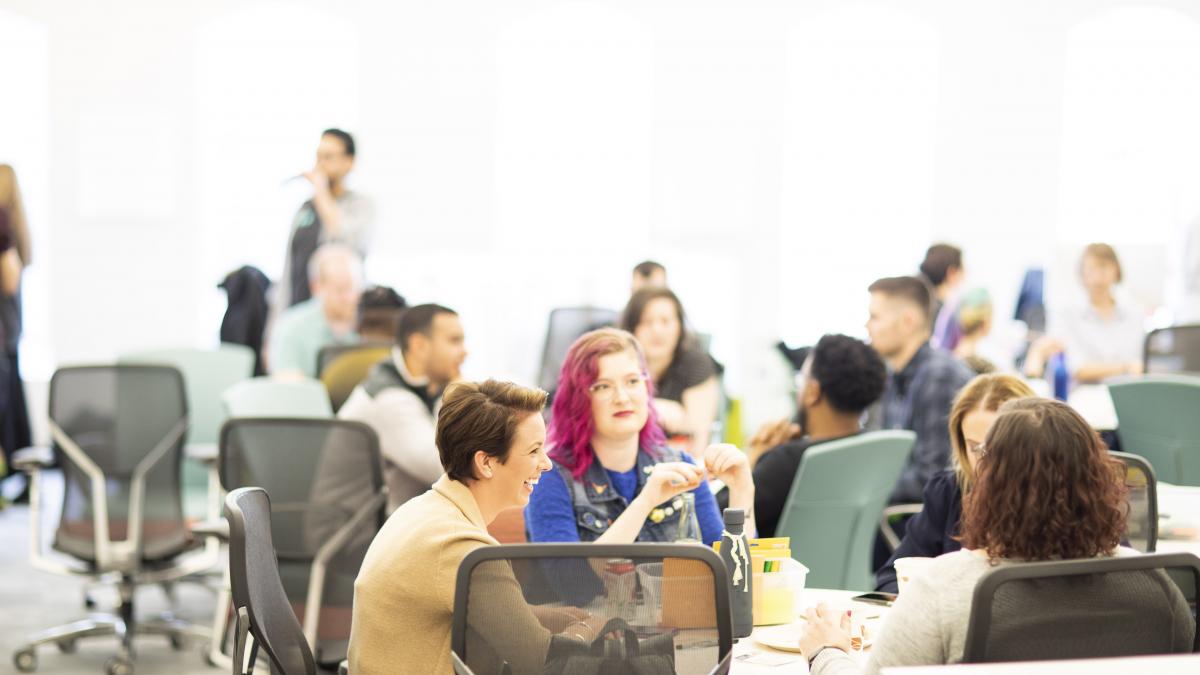 As we wrap up a mini-retreat with our team this week, we reflect on the last time we all were together earlier this year. The first week in May 2019, Palantir held its annual retreat at our Outpost. While the on-site retreat is always an important time of learning and connection as a remote-first company, this year held special importance as we are in the midst of a transformation from doing agile to being agile.

Building on a key agile mindset of interdependence, we organized the retreat around self-organizing teams. Activities were designed to help us reinforce healthy teams and included:

In years past, a small committee has been responsible for the planning and logistics and worked hard to make sure that our values were well-represented and our team well-cared for. However, as we embrace agile not just for our project work, but for how we work organizationally as well, there was no better time or place to jump in than to explore self-organizing teams with the execution of the retreat itself.

Each person signed up to be on a Day Team for at least one day during the retreat. Supplied with an individual budget, the Day teams were responsible for:

While the content of the retreat was very timely and helpful, the Day Teams experiment was extraordinarily successful. Here are some of our observations:

Between the content and the connection, I remain grateful to the team members for carving out this week and being so engaged, present and thoughtful all week. (I am also very appreciative of those in their lives who help make it possible.) This was definitely one of the best retreats we’ve ever had.

Transforming From Doing Agile to Being Agile

How Palantir has spent the last year developing an Agile mindset to become more effective as an organization.

Validating our mission, vision, and values as we transform our way of working.